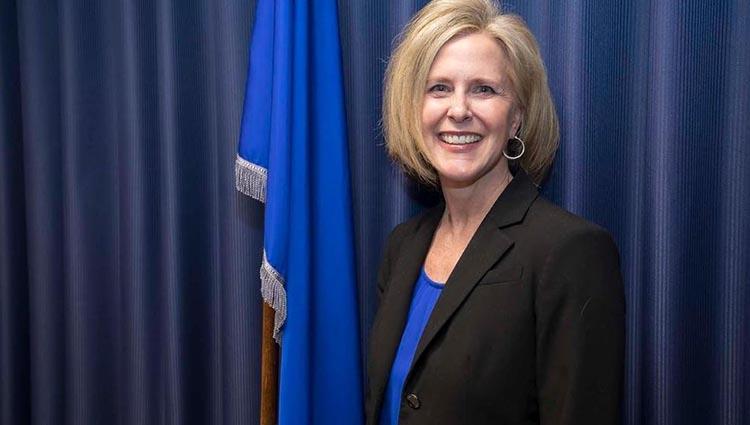 Jan. 31 marked a big career milestone for alumna Kristina Swallow, as Nevada Gov. Steve Sisolak announced she would become the next director for the Nevada Department of Transportation.

“I am pleased that the board approved Kristina Swallow to serve as director of the Nevada Department of Transportation,” said Sisolak. “Kristina’s distinguished career as a civil engineer and public servant make her the ideal choice to guide Nevada’s transportation infrastructure into the future.”

During her nearly 25-year career, Swallow has put her CAEM education to work as a small business owner and consultant, and in fields such as flood control, traffic impact analysis, land development, public works, and transportation policy. While working as a Senate legislative aide, Swallow helped craft the language in the final passage of MAP-21 (PL 112-141), also known as the Moving Ahead for Progress in the 21st Century Act. She also served as the 2018 president of the American Society of Civil Engineers.

Swallow is replacing Rudy Malfabon, who held the director’s position since 2012.