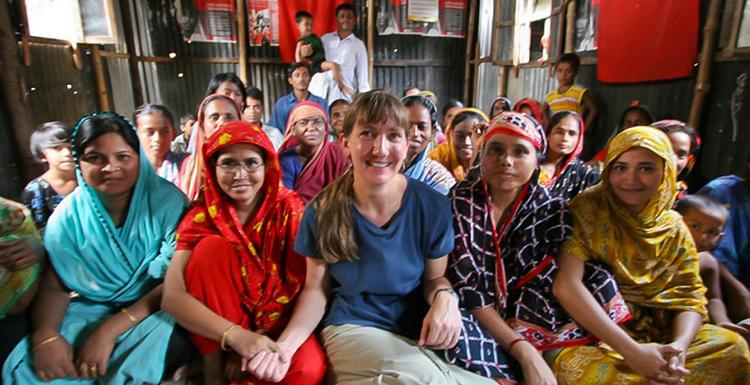 Water1st International, a nonprofit that supports sustainable water and toilet projects for the world’s poorest communities, has raised $22 million, completed almost 3,000 water projects in five countries, and served approximately 215,000 people. On Jan. 30, Marla Smith-Nilson, UA alumna and the nonprofit’s founder and executive director, returned to her alma mater to discuss her experience as a leader and global collaborator in engineering.

“I saw that when your life has a really different starting point, it has a huge impact on what you can achieve,” Smith-Nilson said during a conversation with interim College of Engineering Dean Larry Head. “So, it wasn’t really about the water for me. From the beginning, it was about the equality – gender equality – and creating opportunities for other people that were the same as I had.”

She also discussed the challenges of being a woman in engineering, which she mitigated by surrounding herself with other strong women, acting with honesty and vulnerability as a leader, and valuing the input and diversity of the people who work with her. Empowering people – especially women – is one of her top priorities.