CAEM Alumnus Inducted Into College of Engineering Hall of Fame 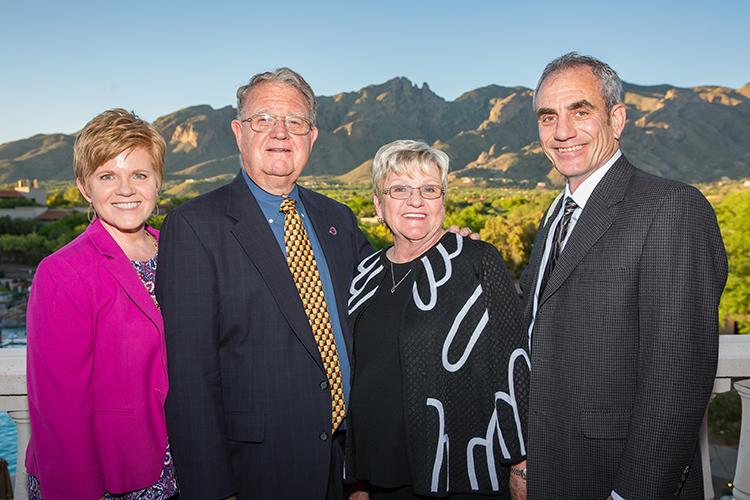 George Shirley and his wife, Dixie Shirley, center, flanked by their daughter and son-in-law, Michelle May and Owen May, at the 2019 College of Engineering da Vinci Circle Dinner.

After earning his University of Arizona bachelor’s degree in civil engineering in 1965 and his master’s degree in engineering mechanics in 1968, George E. Shirley spent most of his career at Carollo Engineers. The Phoenix company has been the largest in the nation devoted solely to water-related projects since 1933, and Shirley worked his way up from project engineer to partner and vice president. He and his wife, Dixie Shirley, also support Habitat for Humanity and the global nonprofit Water for People.

For his achievements in water-related projects and his philanthropy, Shirley was inducted into the UA College of Engineering Hall of Fame in spring 2019 – a rare honor, because one of the requirements is that graduates of the college must have spent at least 50 years in the field of engineering.

Shirley joins a number of CAEM luminaries in the Hall of Fame, including: