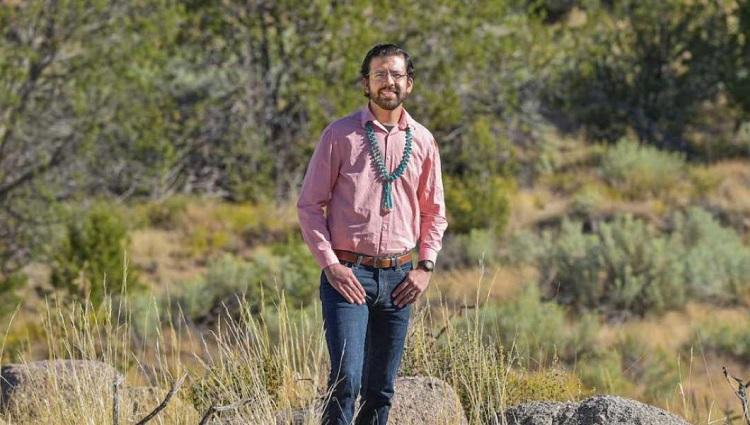 The American Indian Science and Engineering Society, or AISES, selected CHEE Alumnus Dylan Moriarty as recipient of the 2019 Most Promising Engineer or Scientist award.

After graduating from UArizona with a bachelor's degree in civil engineering, Moriarty earned his MS in energy resources engineering from Stanford University. He currently works at the New Mexico–based Sandia National Laboratories as a geoscience engineer, working on the challenge of infrastructure resilience using spatial statistics. This work relates to weather forecasts that feature heat maps showing the high and low temperatures in different states.

“That data is collected from weather stations, but there aren’t data collection stations everywhere,” he explained. “Spatial statistics help you understand what’s going on in between those stations.”