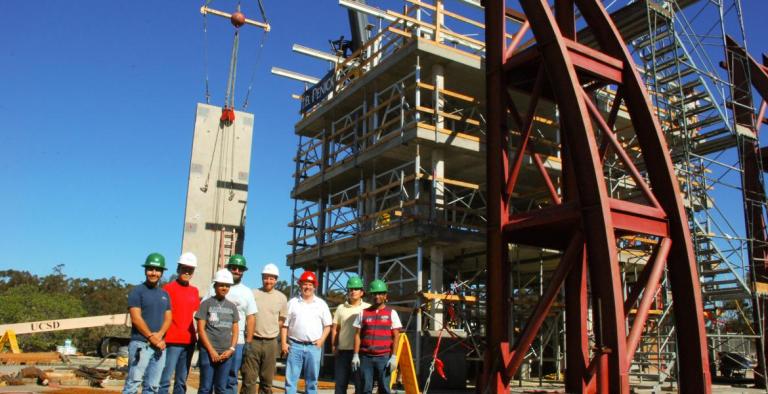 An award-winning team of researchers from the UA’s Department of Civil and Architectural Engineering Mechanics, Lehigh University and the University of California, San Diego, are working to develop buildings that will not collapse under the force of major earthquakes, such as 2017’s 7.1-magnitude quake in central Mexico and 7.3-magnitude quake near the Iran-Iraq border.

Seismic building safety research has traditionally focused on walls and braces, which are responsible for forming a downward load path and transferring seismic forces to the ground. These researchers are using an $800,000 grant from the National Science Foundation to study steel collectors, reinforcements in or below concrete floor slabs responsible for horizontally transferring forces. Collaborations between the three universities have led to changes in the building code in the past, and researchers hope this project will yield similar results.