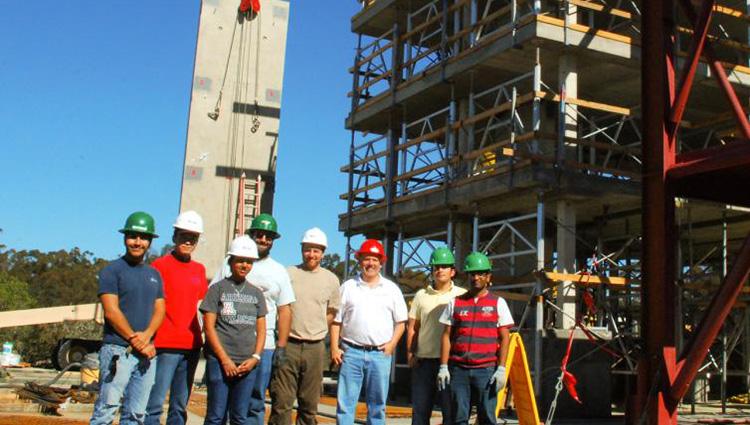 Robert Fleischman and members of his research team in front of a test structure built on the shake table at UC San Diego’s Englekirk Structural Engineering Center.

In the late 19th century, professor Robert Fleischman’s great-grandfather was an architect, engineer and builder in southern Italy before immigrating to the United States. With the receipt of a Fulbright U.S. Scholar Program Award to Italy, Fleischman is returning to his roots. In February, he’ll head to the University of Salento in Lecce for six months to lead an integrated research and teaching program in earthquake engineering.

Fleischman is one of more than 800 U.S. citizens who will teach, conduct research and provide expertise abroad through the Fulbright U.S. Scholar Program, the flagship international educational exchange program sponsored by the U.S. government and designed to build lasting connections between the people of the United States and the people of other countries.